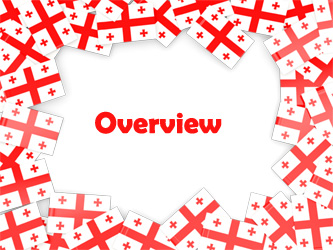 Somewhere between the beautiful Caucasus Mountains and the spectacular Black Sea in Europe, lies the country of Georgia. This mysterious and fascinating region has something to offer to all sorts of visitors, be it family, romance, adventure, nightlife or shopping, which is why it is no wonder that tourism in Georgia is booming at such a fast pace with so many places to visit in Georgia! Packed with charming towns, mouth-watering cuisine, world-famous wine, extraordinary historical landmarks, beautiful churches and monasteries, there are endless things to see and do in Georgia, Europe.

Georgia is located on the crossroad of Europe and Asia. It lays at the eastern end of the Black Sea, with Turkey and Armenia to the south, Azerbaijan to the east, and Russia to the north, over the Caucasus Mountains. The capital and largest city is Tbilisi. Georgia's total territory covers 69,700 square kilometers. "What's so magical about it?" you're probably asking right now. It's a mix of the warm-hearted people, the stunning countryside. Tbilisi's nightlife, maybe something else... It's magical. The country is perfect for hiking, trekking, and exploring at a leisurely pace. 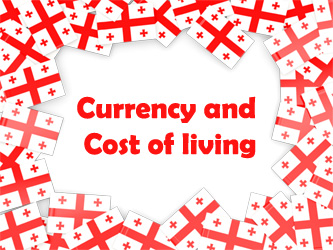 The currency used in Georgia is called: Georgian Lari with exchange rate of 1 USD = 2.49 Georgian Lari updated on Tuesday, March 21, 2017.
The information is based on data from the Bank of Canada and is updated daily for the major currencies.

Cost of living in Tbilisi, Georgia
Compared to Paris 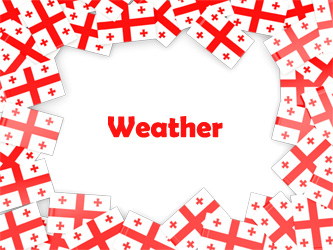 Transport in Georgia is reasonably priced, quick and generally efficient.

Tbilisi public transport includes: underground (metro), buses, mini-buses and taxis.
Note: Georgia uses the right-side movement.
City buses
The buses travel around the entire city and cost 50 Tetri (20 cents). You can buy a ticket at the ticket machine in the bus. The ticket machine doesn't give change so the fare should be paid exactly.

Buses run at fixed times from 7am till 12pm. Early in the morning and in the evening they run infrequently. Buses stop at specified bus stops.

Minibuses
If you'd like to travel by minibuses you can catch it basically at any spot, as the minibuses have no fixed stops. The same principle works during the journey. The passenger may ask the driver to drop him/her off at any place on the bus route he/she desires. Mini-buses usually cost 80 Tetri (35 cents). They run from 7am to 12pm.

Metro
Tbilisi Underground, called the Metro for "Metropolitan", has two lines and 21 stations. It operates from 6:00 AM to 12:00 PM. The cost is set at 50 Tetri (20 cents). Metro tokens can only be purchased inside the metro station from cashiers'. Metro stations are identified by the red (M) sign.